Start typing and press
Enter to search
Skip to content

Day 1: Arrived to Istanbul’s Atatürk Airport on Saturday afternoon of August 23rd and took a taxi from airport to The Marmara Pera hotel in Taksim Square, Beyoglu district. Taxi fare was about 40 Lira. Checked in to the hotel, spent some time to refresh and tour the hotel before heading out to the very live Istiklal Street. For the rest of the evening, wandered about the long and lively Istiklal, had Doner Kebab, tried tasty street food, drank Raki at a local Meyhane and enjoyed the live traditional music and dance, drank Turkish tea and baklava (heavenly combination), looked at shops windows (mostly open till 2 AM), danced side by side of local Turkish crowd on street patios, and finally retired the night on the scenic roof top of the Marmara Pera hotel while enjoying the wisely selected Lounge Music with the refreshing Mediterranean breeze from the Sea of Marmara. So much fun to wander around Istiklal street at night, specially Fridays and Saturdays, as the night only ends as dawn arrives.

Then headed out to Istiklal street and walked to Taksim square for browsing and taking pictures. From Taksim square took a taxi to Beşiktaş pier for Bosporus tour, taxi fare was around 12 Lira. Purchased tickets for a 1 hour tour from Dentur Avrasya at Beşiktaş Terminal. Ferries come every 15 to 20 minutes. It was a highly recommended activity, very relaxing ferry ride on the Bosporus and informative as an English language recording explained the history of important places and neighbourhoods along the ride. After the Bosporus ride, headed to the Dolmabahche Palace where learned the palace was closed to public on Sundays and Mondays for maintenance. Walked around the shore for the rest of the afternoon and had a great Iskandar kebab and grilled Sea Bream fish completed by Turkish coffee (Turk kahvesi) for lunch at a waterfront restaurant. After lunch, took a taxi to Sisli district to check out Cevahir shopping mall for some window shopping and walked all the way back to Taksim square to spend the night on Istiklal street. Sunday night was as vibrant and live as Saturday, music bands, ice cream showmen, street food carts, super packed patios, and an amused crowd of people walking their way along Istiklal.

Day 3: Planned to pay a visit to the Old City . Had breakfast at the hotel and asked the hotel receptionist for hours of operations of Hagia Sophia Museum (Ayasofya Müzesi) and ensured it was open on Monday. Took a taxi from the hotel (always cheaper and more reliable fees when getting from the hotel) to the old city, taxi fare was 10 Lira. Taxi ride turned out to a very informative journey as the driver spoke fluent English and provided a lot of information about the old town and points of interest in Istanbul. Many of Istanbul’s attractions such as museums, mosques, and traditional shops are located in the Old City. Started with Hagia Sophia museum however, after waiting for about 45 minutes in the entrance line, realized that the Hagia Sophia was closed to public on Mondays and only tours were allowed to enter (lesson learned: Never Trust Hotel Receptionists in Istanbul!). Headed to Sultan Ahmet, also called Blue Mosque, which was open to public for free. Had to respect the appearance when entering the mosque and shoes should be taken off. Such an incredible architecture and Islamic calligraphy and patterns inside and out.

From Sultan Ahmet mosque walked to Topkapi Palace which was 5 minutes away. The old city was beautifully paved and surrounded by attractions and tourists. After a long wait in the entrance line, 40 minutes, purchased ticket for 40 Lira and entered the palace. Topkapi’s garden was gorgeous with a full view of the Bosporus. Took a few minutes for pictures and headed to the main palace. Spent 2 hours to visit the main building and museum and walked around the garden and pool, enjoyed scenic view from the continuous terraces facing the most strategic location of the region that connects Asia to Europe.

From Topkapi Palace walked to the Grand Bazaar and on the way had lunch, a very good grilled sea bream whole fish and Iskandar kebab (great lunch for 2 people).  Grand Bazaar was an old, amazing and colorful covered shops that sell everything from Turkish rugs to food, middle eastern spice, ceramics, Jewelry, cloths, shoes… . Bought a few Jewelry pieces from the Bazaar, had Turkish style apple tea and returned to Taksim Square by taxi to retire the night at Istiklal street. Return fee for taxi was about 25 Lira.

Day 4: Started the day by visiting Hagia Sophia museum (so lucky to finally find it open on Tuesday). Entrance line for ticket purchase moved quickly, entrance ticket was 40 Lira. Also borrowed a headset to play the descriptions and historical information of the museum and buildings (highly recommended). It took about 4 hours at a medium pace to visit the museum. Hagia Sophia is a wonderful historical place that has been around for more than a millennium as a church, mosque and now museum. It carries incredible architecture design of so many years and is yet full of wonders for visitors to discover. This place has potential to easily steal half of a day (to keep in mind!).

After Hagia Sophia, headed to Bebek which was a waterfront neighbourhood facing Bosporus. It was a long commute, taxi only drove half way to near Beşiktaş and the rest was a public bus ride. However, it was worth the long ride! Bebek was a trendy region full of cute cafés and shops. Spent the rest of the afternoon wandering through the pleasant waterfront promenade, having food at a Bosporus view restaurant, strolling around Bebek Park  , checking out hip stores, and having Turkish Coffee at a stylish café. And as usual of the previous nights, finally returned to Taksim Square and Istiklal street for one last time to say Adios to this eternal street.

Day 5: After breakfast, checked out from the hotel and headed to Istanbul’s Atatürk Airport for the next destination, Stunning Santorini.

Some tips for visiting Istanbul:

Continue reading our next post on the Turkey and Greece Itinerary:

I'm a travel enthusiast. I travel to see new places, seek new friends and hunt for treasure (art pieces, antiques, jewelry, and things made by hand from heart). To prepare my itineraries, I spend a lot of time reading books about the destinations I have in mind, watch videos and movies, read articles and forum conversations to finally plan my trip. I usually include some history, art, museums and culture as well as food, architecture , shopping and nature/beach to make a good balance of exploring and relaxation. Travel planning can get overwhelming and stressful at times that's why I love to share my experience with others and get them to share theirs with us in a space filled with love and passion called "itinhub". IF you have an itinerary to share, send it to: itinhubinfo@gmail.com. Welcome to itinerary hub!

This site uses Akismet to reduce spam. Learn how your comment data is processed.

To the Grand Bazaar 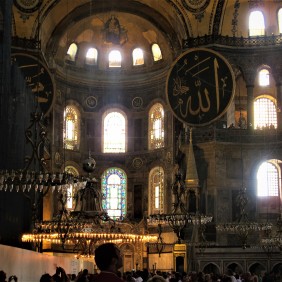 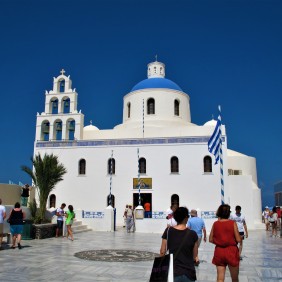 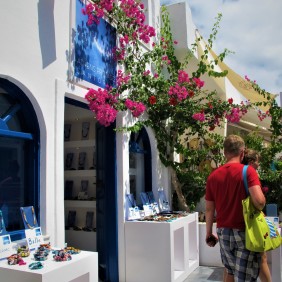 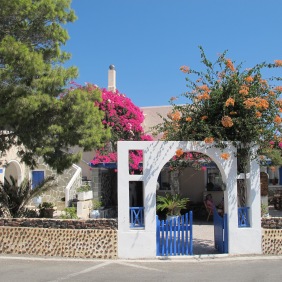 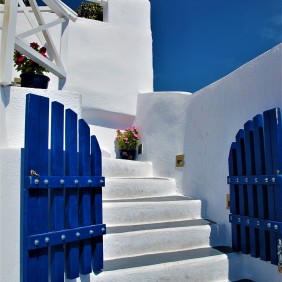 A replica of a throne, Knossos Palace

Room with remains of a throne, Knossos Palace

A fresco at Knossos Palace